Jesus Has All Authority

Following Jesus doesn’t remove storms or darkness from our life. Following Jesus shows us that He has authority over storms, darkness, and our lives.   Don’t wait until you’ve exhausted everything else before taking your storms to God.  Being a disciple of Jesus does not protect us from the storms of life, rather the storms of life should point us to the authority of Jesus and a stronger belief in Him.

1.Jesus has authority over disasters.

Setting: Hours removed from Jesus finishing the Sermon on the Mount 1. Jesus is answering questions, healing people, tending to the sick, etc. 2. As we saw last week, He is confronted by people who were in attendance asking questions about the content of the sermon.  As the crowd begins to disperse, Jesus and the disciples get into a boat and set sail across the Sea of Galilee later in the evening.

Storms were common on the Sea of Galilee because of its proximity to the mountains in the region and the winds which would come off the mountain.  This was no common storm.  The Greek word used here is seismos which translates literally as an earthquake.  This was not just a natural storm but an attack from Satan.

We will see not only here but in a few verses as well Jesus is displaying His power over not only storms but the powers of the enemy in this world.  The point of this passage is not that we will not experience storms in this life but that through our storms we will see that Jesus is God.

Imagine what the disciples were feeling as this sudden and immediate storm unlike they’d ever seen moved over them. They were fishermen, they were used to storms on the seas. They tried everything they could to secure the boat and keep it from sinking but when they exhausted all their resources (probably a matter of minutes) they realized they needed to wake Jesus from His post sermon nap.

Many people turn to God when every other resource has been exhausted. Realizing our own inadequacy is the first step in turning to God and surrendering to Him. The believer who is aware of God’s power and love has no reason to be afraid of anything.  Jesus displays His authority over the wind and the waves to show the disciples He is God and is worthy of their amazement and worship.

2. Jesus has authority over His disciples.

Just a few verses back we see the cost of following Jesus.  Many are coming to Him asking the same question the rich young ruler asked with the same arrogance: “What must I do to follow you?”   Despite the disciples’ dependency on Jesus and their recognition of Him as “Lord” He still rebukes their little faith.

Jesus wants us to not recognize Him as what He can do for us or offer us but instead see that He is God and submit to His authority over our lives.  God responds to us with what C.S. Lewis calls “divine humility” when we come to Him because we are in trouble.  He can handle the intensity of our darkest emotions.

In the Problem of Pain, C.S. Lewis says this: “It is a poor thing to strike our colors to God when the ship is going down under us; a poor thing to come to Him as a last resort, to offer up ‘our own’ when it is no longer worth keeping. If God were proud He would hardly have us on such terms: but He is not proud, He stoops to conquer, He will have us even though we have shown that we prefer everything else to Him and come to Him because there is ‘nothing better’ now to be had.”

He can handle our moments of weakness and failure but we can only see that He will always use those moments to point us to Him if we fully strike our colors and surrender to Him.  Jesus may have called His disciples attention to the words He had spoken only hours before not to worry. We can so quickly turn our marveling at Jesus’ greatness into worry at the first sign of trouble.  Trust that despite not always knowing what lies beyond the day ahead of us, Jesus has authority over our lives as disciples whether we are closely following, loosely following, or not following.

3. Jesus Has Authority Over Demons.

This could be one of two responses of someone not following Jesus when they realize that they have no control - they will either flee or bow.  Jesus should have been welcomed and worshipped by these men but the loss of their physical property (the pigs) and the power that vanquished Satan so dramatically caused them to run.

Jesus is divine and holy and when sinful people come into the presence of holiness, they recoil and flee because it points out their shortcomings more glaringly.  This is why the world is so offended by the Gospel and all that it teaches!  This is why whenever Christians are heard taking a stance for something that we know is biblically true, we are “cancelled” or “persecuted” because the Gospel is offensive to an unholy world.

When presented with the opportunity to repent and surrender, they instead ran because they lacked faith. In James 2:19, it says that even demons believe in God and when they encounter God’s holiness they shudder with fear because they know what power He is capable of.  Matt Papa says this: “When you are in church every night of the week because that’s what you do in the Bible Belt, your knowledge of God can become worse than demonic, because you forfeit the ability to do the one virtuous thing demons do: shudder. Familiarity breeds apathy. Apathy breeds unbelief.”  When was the last time you shuddered at God?

We also see the response of the demons to Jesus.  The demons recognize Jesus’ approach and their response is annoyance from being interrupted from their torment of these two men.  “Why do you bother us?” they ask, which is such an interesting response knowing that their belief causes them to shudder. They had been dwelling in graves because of the uncleanliness of a grave.  Satan regularly dwells in what is profane.

Satan is a lion (1 Peter 5:8) but not like the Lion of Judah.  Remember on Easter, Jess likened God to Aslan who was a lion who is not safe but He is good?  Satan is a lion who is not safe or good but he is on a leash and that leash is held by God. The demons feared that their appointed time had come referring to the end of all things when God will cast Satan and his demons into the lake of fire.

Jesus is asserting His dominance over all things here which is a foreshadowing of His statement in Matthew 28 when He says “All authority has been given to me.” He knows there is no limits to His power and authority. No limits over storms, no limits over His disciples, no limits over demons.

Church, don’t wait until you’ve exhausted every other option to take your storms and demons to Jesus.  The authority of God has already been given to Jesus. This is our great hope - we do not need to wait for the end times!  Victory has already been given to us and claimed by Jesus.  We don’t need to try to secure the boat and the ropes and bail the water out trying to do everything in our power to save ourselves.  The work was already finished on the cross.  Instead, we just need to lower our colors and surrender.  The end times are breaking into human history with the displays of Jesus’ power.  We’ve seen the glimpses of it, we have the proof of it, let’s live in light of it.  Let the storms of this life come, they will, and let those storms point you to the authority of Jesus and a deeper, stronger belief in Him. 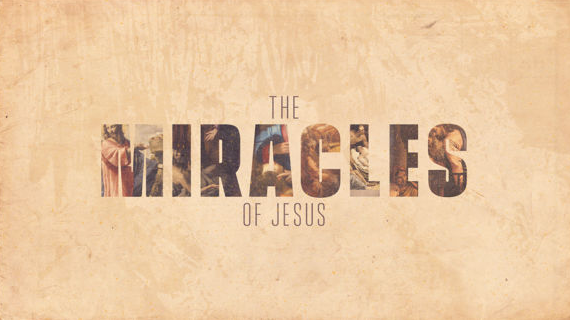 This sermon series on the miracles of Jesus explores how the signs and wonders He performed attest to His divinity. These miracles testify to Jesus’ limitless compassion for people and his longing to see people set free from bondage.

One aspect often missed when studying scripture is that Jesus did not perform miracles all the time. This study will explore difficult subjects like why one may see a miracle and another may not.

This study will also explore Jesus’s absolute authority and power over the devil, sickness, death, and nature, thereby confirming to all that He is indeed the Messiah and the Son of God. 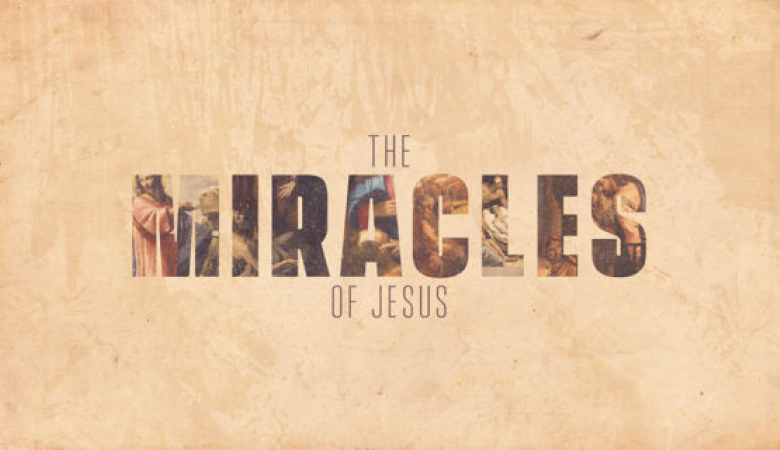 A Life with Purpose

What is a life with purpose?

Matthew 9:6 But that you may know that the Son of Man has authority on...

Matthew 9:29 Then he touched their eyes, saying, “According to your...